Today a few words about PRICE method. If you are a massage therapist- I am sure you heard about. If you are an athlete...would be good to know it.

Why you should know the PRICE method?

First of all PRICE method is a treatment of acute injuries. And for most acute injuries the treatment given is almost the same.  PRICE treatment minimise risk of forming chronic problems like scar tissue and adhesions, which can restrict movement.
It will help start the healing process early.
The result of giving good acute treatment is effective pain relief.

I would say: if you have swelling, you have an acute injury.

How long is an acute stage?? From the moment of injury up to 3-4 days post injury.

I- ice- is the best immediate treatment for acute injuries- it reduces swelling and pain. Ice is vaso-constrictor- it cause the blood vessels to narrow. Ice can be applied for 10- 20min at a time. Wrap ice in a thin towel. The treatment can be repeated when the part starts to warm up again. You can ice an acute injury several times a day for up to three days.

C- compression- should be applied to stop bleading and prevent swelling. You can use bandage.

Posted by www.balancedbody.ie at 16:16 No comments:

An injury is a traumatic experience for anyone who has devoted a lot of time and energy to fitness and recreational achievements.

Physical pain is awful, but the psychological sense of loss associated with injury can be even worse.
A pain in the brain...

Why Injury is Psychologically Tough.


Stages of Dealing with Injury.
Many athletes will go through similar stages in coping with injury associated loss. Denial commonly manifests as continuing to train despite the injury. Anger can be directed at others or inward. Athletes may bargain with themselves or coaches about injuries, taking a myopic view of the future. When depression sets in, the athlete may neglect to take care of herself or find himself engaged in unhealthy behavior rather than coping constructively.

Successful Coping Strategies.
There are constructive steps an athlete facing injury can take:
The Silver Lining.
Injury can give you a chance to reconnect with other aspects of your life that you may have neglected during training. And the rehabilitation process can make you stronger than ever by rebuilding weaker muscles and giving overused muscles some enforced rest.

Posted by www.balancedbody.ie at 16:04 No comments:

A Good Massage Is A Safe Massage.

Knowledge and an understanding of the human body and how it functions is the starting point of massage. The more I understand about how the body functions, what may interrupt this functioning -such as trauma and injury, the more I can use these skills and knowledge to advise you as my client.

It is important that we as a massage therapist understand the anatomy and physiology in detail, as we are working in direct contact with the body structures. It is also important  that we have a full knowledge of diseases and disorders of the human so that we are aware of when and when not to treat a client and only operate within certain perimeters.

A good knowledge of the anatomy and physiology gives the massage therapist the confidence to understand how the body works, and how to work with the body as a health practitioner.
First, it’s important to know what structures you’re pushing on and whether or not you should be pushing on them. For example, a massage therapist should know where the kidneys or bones are located and not put any direct pressure or use a lot of percussion directly over them.

It’s important to know where all the different muscles and bones are in the body and what they do, which makes it easier to treat specific problems. If a client reports pain when performing a certain actions, it gives the therapist an idea of which muscles to palpate because the therapist should know which muscles are responsible for making that action happen.
Without this knowledge, it's impossible for the therapist to be effective.

Water
is critical to all body functions and makes up about 60 percent of a person's body weight. Water helps move nutrients throughout the body and helps remove waste from the body. Replacing the fluids lost during exercise is essential to sustaining performance, preventing dehydration , and avoiding injury. Even mild dehydration can cause muscle and body fatigue, which will reduce athletic performance. Since thirst is not always a reliable indicator of fluid loss, athletes should drink fluids before they get really thirsty. 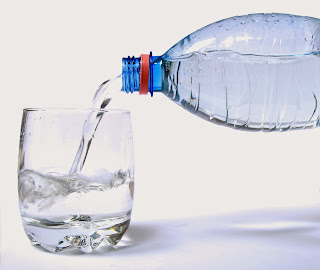 Did You Know??
Eight to ten cups a water a day is the recommended daily intake for most people. However, extra fluids are needed by athletes to replenish what is lost during exercise. Drinks with caffeine or alcohol should be avoided, as they are dehydrating. Exercising in extreme heat increases fluid needs even more, since more is lost through sweat. Taking in too much water can be just as dangerous as not taking in enough.
Sports drinks can be helpful, especially for events lasting sixty minutes or longer. In addition to fluid, they provide the advantage of quick replacement of carbohydrate and minerals and also replace electrolytes lost in sweat.

Did you know??
When the body is dehydrated, blood circulation decreases and the muscles do not receive enough oxygen for maximum performance. Thirst is an indication that dehydration has already occurred, so it is important to drink frequently during exercise, before thirst sets in.

The following can help you to avoid dehydration:
- tea, coffee, chocolate, celery seeds, asparagus, tomatoes, oats etc...
Athletes, elderly persons, young children, and those with specific illnesses that affect fluid balance, such as severe diarrhea, are at higher risk for dehydration than the average person.

Sport Massage and prevention of injury.

Prevention and management of injury:


Sports massage is designed to achieve specific goals, such as increasing performance or treating or preventing injury. The purpose of a sports massage session can vary, depending upon numerous factors that are unique to each athlete. For instance, sports massage can be used effectively to treat conditions such as tendonitis, strains, sprains, and adhesions. It can also be used in conjunction with training schedules and conditioning programs to enhance performance, aid in recovery and reduce the potential for injuries.

The major applications of sports massage are recovery, remedial (to improve a debilitating condition), maintenance, and event (pre, inter, and post). Healthy, injury-free muscles perform better, longer, and with less chance of injury.

Sports massage can help to optimize the positive factors that affect performance, such as healthy muscle and connective tissues, normal range of motion, high energy and fluid and pain-free movement, as well as inducing mental calm and improving alertness, and concentration. It also can help minimize negative factors such as dysfunctional muscle and connective tissue, restricted range of motion, low energy, staleness, pain, and high anxiety.

Sports massage decreases injury potential by helping to prevent acute injuries (muscle tears) as well as chronic injuries stemming from wear and tear (tendonitis). Regular massage allows the muscles and soft tissue to stay supple and healthy, lengthened and flexible and free from adhesions, thereby reducing the potential for injury. By increasing circulation and assisting the body’s healing processes and breaking down scar tissue and adhesions, sports massage can help chronic injuries get better.

Posted by www.balancedbody.ie at 17:31 No comments: